To accommodate demand for land-based studies, the Brackenhurst Campus of Nottingham Trent University (NTU) needs to up-grade the existing provision.

This will require the construction of new teaching and accommodation facilities across the campus. Brackenhurst Campus is a rural facility with an 18th Century Hall and associated gardens of historical importance, surrounded by a 200 hectare estate located south of the minster town of Southwell in mid-Nottinghamshire. Much of the estate is managed for agriculture with livestock and arable systems, but other land-based disciplines including nature conservation, equine, horticulture and animal studies also make use of the estate.

The range of habitats on the estate provides for a high diversity of species and of particular interest is the presence of nationally and internationally protected species including great crested newt Triturus cristatus and bats. Both bats and newts have a particular association with the built environment at Brackenhurst.

The ponds and gardens surrounding the main hall and teaching facilities, together with the plantation woodlands, hedgerows and rough grassland field margins provide excellent habitat for newts. Newts are also found in artificial features such as dry stone walls, cable ducts, cable inspection pits and storm drains. Away from the built environment of the estate, newts have tended to be more scarce, because of the isolation of potential breeding ponds, which are more than 500m distance.

Given the size of the newt population at Brackenhurst, which is one of the largest in Nottinghamshire and their potential to be present just about anywhere near the buildings, any development risks having an adverse impact on newts. Newts and their habitats are protected from disturbance and harm and to derogate from the legal protection it is standard practice to apply for a licence for each development parcel. Such an approach is piecemeal, time-consuming and can be very expensive. 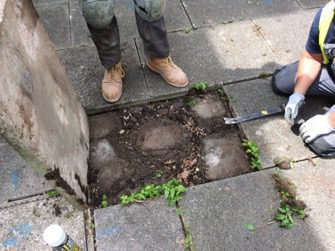 “Four innovative new policies have been created that will smooth the process for businesses who require a wildlife licence for their project, saving them time and money. In return, they will fund an unprecedented level of investment in the creation and enhancement of wildlife habitat. This will provide greater security for populations of European protected species such as dormice, bats and great crested newts.”

The new policies provided NTU with an opportunity to take a new approach to newt conservation and Baker Consultants were commissioned to prepare a ‘Phased Licence’ for the entire campus development programme. In practice this has committed NTU to a programme of mitigation including the enhancement of three existing ponds and creation of four new ponds, combined with the creation and enhancement of terrestrial habitats including woodlands and field boundaries. The work will be carried out under the supervision of Baker Consultants and will be implemented by contractors with significant input from staff and students. The network of new and existing ponds means that there are no longer distances of more than 300m between ponds and the enhancement of terrestrial habitat will enable newts to expand across the entire campus and in the long-term expand towards other known populations in the Southwell area. 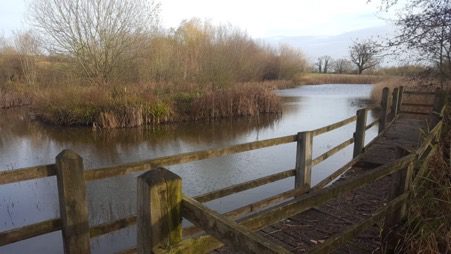 Unoccupied pond at Brackenhurst that is, at present, more than 350m from the nearest breeding pond.

Most of the development work is still at the planning stage and whilst there is a memorandum of understanding with the Local Planning Authority this was not sufficient for Natural England. As such, NTU have entered into a legal agreement to deliver the mitigation, mostly in advance of the development work, which is itemised in a management plan that will last for 25 years. For some of the development proposals trapping and translocation will be essential to ensure that the population is protected, but in other examples where sub-optimal habitat is effected, a destructive search will be sufficient even when the development is close to newt breeding ponds.

The legally binding and long-term commitment by NTU has enabled Baker Consultants to deliver a sustainable and cost-effective solution to the potential constraints to development that the presence of European protected species can cause. The positive conservation action should extend the range and size of the population encouraging expansion beyond the boundaries of the campus.