Breeding Birds in the UK

The numbers of breeding bird species in the UK vary year on year, but well over 200 species are known to regularly breed here.

Bird species known to regularly occur in the UK are periodically assessed through a collaboration of the UK’s leading governmental and non-governmental conservation organisations. The most recent 2015 review used a range of criteria to place a total of 244 regularly occurring UK species onto one of three lists:

A total of 67 species are now on the Red list, up considerably from the 40 species that were on the list in 2002.

A similar collaboration of the UK’s conservation organisations reported in 2012 that there had been an estimated 44 million reduction in the number of breeding birds in the UK since 1966. These figures highlight the problems many bird species face in a rapidly changing environment and emphasises the need for accurate and effective surveys to assess and eventually inform advice to offset or avoid any potential adverse effects that vulnerable bird species may suffer as a result of a development. This is not only important for the UK but can be of international importance, particularly as the UK holds internationally significant numbers of many species of birds.

All UK nesting birds are protected under the Wildlife and Countryside Act (as amended) 1981, which makes it an offence to intentionally kill, injure or take any wild bird or take, damage or destroy its nest whilst in use or being built, or take or destroy its eggs.

Section 41 of the Natural Environment and Rural Communities (NERC) Act 2006 places a duty on every public authority to have regard to conserving biodiversity and requires that the Secretary of State must publish a list of the living organisms and types of habitats which are of principal importance for the purpose of biodiversity. The Secretary of State must take steps to further the conservation of those living organisms in any list published under this section. A number of bird species are listed as Species of Principal Importance (SPI) and therefore protected under the provisions of the Act. Species of Principal Importance are a material consideration for a Local Planning Authority in the exercise of its duties. There are 49 bird Species of Principal Importance in England and 51 in Wales (listed under Section 42 of the NERC Act). A similar number of bird species are protected under the Nature Conservation (Scotland) Act 2004 and the Wildlife and Natural Environment Act (Northern Ireland) 2011. 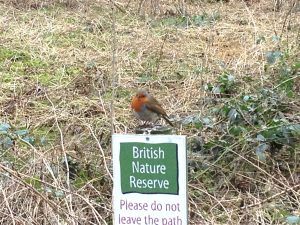 When do I need a breeding bird survey?

Where habitats that could support breeding birds will be affected by a development, a breeding bird survey will be necessary. These habitats could be features such as woodland, hedgerows, barns/buildings, ponds or grassland.

What is a breeding bird survey?

Surveys for breeding birds normally involve an experienced ecologist visiting the site at least three times between April and June. A transect is walked around the site which includes all the habitats previously identified and the area which is to be developed. Bird species and their behaviour are mapped and an assessment is made of the significance of the species present and an estimate of the number of breeding territories.

This information can be used to design mitigation to avoid or reduce adverse impacts on breeding birds and to compensate for any loss of habitat.

Baker Consultants have a number of ecologists that have years of experience and knowledge in conducting breeding bird surveys, as well as whole range of other types of bird survey. For general information on our bird survey expertise, visit our bird surveys page where you can listen to Carlos Abrahams, our Technical Director, discussing a typical bird survey, or read our pages on wetland bird surveys and winter bird surveys.