From once being the most common species of owl in the UK, barn owls (Tyto alba) have undergone a long-term decline in numbers.

This has mirrored the increase in agricultural intensity and landscape development, which has led in turn to a loss of roost and nesting sites and a reduction in the numbers of small mammals they feed on. These factors, coupled with persecution, the increase in road traffic and other urban hazards, have led to the breeding numbers of barn owl falling from an estimated 12,000 pairs in 1933, to approximately 4,000 breeding pairs today.

The number of breeding barn owls appears to fluctuate year on year, but encouragingly, the overall trend in recent years is for their population decline to be levelling off. Despite the apparent halt in the steep decline in their numbers, their population remains vulnerable to the aforementioned threats. This highlights the importance of undertaking targeted barn owl surveys on potential development sites that hold favourable breeding, roosting or feeding habitat.

Barn owls are given protection against killing, injury or capture under the Wildlife and Countryside Act 1981 (as amended), with nests given further protection against disturbance under Schedule 1 of the same act. Developers therefore should be mindful of undertaking targeted barn owl surveys at sites holding favourable barn owl breeding/roosting habitat, to avoid potentially committing a legal offence.

Barn owls use a variety of roost and nest locations in natural environments such as tree hollows, rock crevices and sea cliffs and man-made structures, such as those found in agricultural, industrial and domestic settings. They favour rough, tussocky grassland when hunting their preferred prey of small mammals. 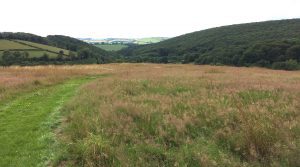 Barn owls have been known to breed in every month of the year but the usual breeding months are March to August, with peak breeding taking place between April and June.  One in ten pairs will then produce a second brood later in the summer. The four to six eggs usually hatch after a calendar month, with the young fledging between eight and ten weeks old.

Barn owl surveys are usually requested in relation to planning applications to convert or remove buildings located in rural surroundings. An ecologist has to hold a Class Survey Licence issued by Natural England, if they are to provide a thorough investigation of a site and fully establish the presence and status of barn owls.

After an initial desk study to obtain records of barn owls for the surrounding area, a site visit is undertaken to identify any signs that barn owl are using (or have previously used) the site for roosting or nesting. Signs of barn owl presence on a site include pellets, feathers and droppings, as well as nest debris, eggs and carcasses (of owls or prey). 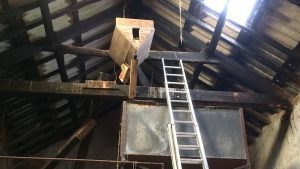 If a barn owl nest and/or roost site has to be disturbed or destroyed, alternative nesting or roosting provision must be provided, ideally within the structure being renovated, or if the current structure is to be demolished, within a replacement structure. If this is not possible, specially designed artificial nest/roost boxes should be positioned alongside and facing suitable rough grassland habitats, away from hazards such as busy roads and tall structures.

Artificial boxes should ideally be positioned outside the usual nesting months over the autumn/winter period.

Baker Consultants has two ecologists that hold the Class Licence for barn owls, following intensive training by the Barn Owl Trust and demonstrating their competence  in undertaking barn owl surveys.

Carlos Abrahams, Director of Bioacoustics at Baker Consultants, will be hosting a bioacoustics session at the UKAN+ Monitoring UK Biodiversity Symposium.

Baker Consultants will be attending the Westminster Energy, Environment & Transport Forum’s online conference on the Next Steps for Biodiversity and Wildlife Protection in England on Wednesday 15 June.

Baker Consultants’ Director of Bioacoustics, Carlos Abrahams, will be hosting a CIEEM webinar on Survey Protocols for Bioacoustics Monitoring and Surveying of Birds on 9 June.