Five years have elapsed since the translocation of a population of the dingy skipper Erynnis tages was completed at Summit Colliery in Kirkby-in-Ashfield, Nottinghamshire.

Monitoring has indicated that the project has succeeded way beyond expectations and has provided the population with a long-term future in the local area and numbers are such that expansion into new habitats beyond the existing range will very likely occur in the future.

Following demolition of the Summit headstock and colliery infrastructure, the site was left untouched for many years and in that time the botanical and invertebrate interest had developed sufficiently to meet the criteria to be designated as a Local Wildlife Site. The designation of the site created a problem, because the site was previously allocated by the local authority, following the demolition, as employment land. Following cessation of coal mining, the site was returned to Welbeck Estates who were seeking to re-develop the site to provide employment opportunities in the local area.

Survey of the site in support of a planning application, confirmed the botanical interest of the site with a variety of grassland species including common spotted orchid Dactylorhiza fuchsii and bee orchid Ophrys apifera. Invertebrates surveys revealed the presence of a range of butterfly species including a small population of dingy skipper, which is uncommon in Nottinghamshire. Consultees including Nottinghamshire Wildlife Trust (NWT) objected to the development, because of the site’s designation and the potential impact on biodiversity.

Baker Consultants were commissioned by Welbeck Estates to negotiate with the relevant stakeholders such as NWT to resolve the issue and to provide a long-term sustainable solution that would protect botanical diversity, maintain the conservation status of dingy skipper and enable re-development of the site.

The solution was based on the premise that not all of the site was of botanical and/or invertebrate interest and alternative land with low ecological value was available in the local area to modify and create bespoke habitat for butterflies and plants. Detailed method statements were prepared and the consultees were satisfied that the solution was sustainable and compliant with local and national planning policies for biodiversity.

Baker Consultants in-house ecologists had the necessary expertise to prepare land to create species-rich grasslands within the Summit Colliery site and on a nearby former colliery spoil tip, which had been part-cleared of immature plantation woodland (a mix of Swedish whitebeam Sorbus intermedia , Scots pine Pinus sylvestris and grey alder Alnus incana). The grasslands were created using translocated materials including orchid-rich turf with the remaining areas being hydro-seeded with a grassland seed-mix containing larval and adult food plants for the butterfly species recorded on the site. 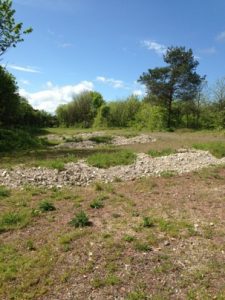 The care and attention to detail has proved to be worthwhile. The translocated grasslands and hydro-seeded grasslands are thriving and the few losses of plant species has been restricted to non-native garden plants. Monitoring of the dingy skipper populations provided encouraging results from the outset and the results of the 2016 monitoring indicated a minimum population size increase of 350% in the created habitats when compared to the baseline in the original habitats. The final monitoring in 2018 of adult butterflies only, indicated that the increase in population size has been sustained. 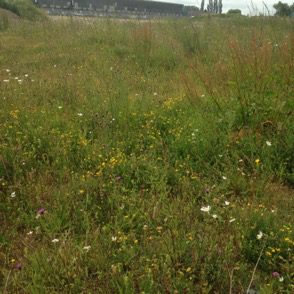 Half of the former Summit Colliery site has been developed with two areas allocated for biodiversity that will continue to be managed for plants and butterflies. The off-site land is connected to a larger area of Local Wildlife Site grassland that also supports dingy skipper; all of which will be sustainably managed.

The expertise provided by Butterfly Conservation and willingness of Welbeck Estates, supported by Baker Consultants enabled a sustainable long-term solution to be developed that is compliant with planning policy. 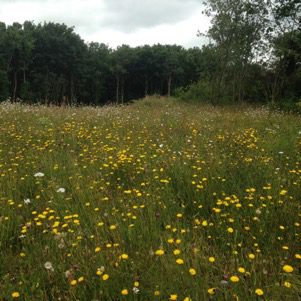